Humans always try to extend their limit of sensing the surrounding or a system, through different means of tools. Sensors are one of those tools which humans use to extend their limits of sensing. Now those sensor can use in the probes or in detectors to gather information or work on a certain activity. Science always fascinates me; the experiments, achievements, laws and possibilities assures me that there will be a future, full of amazing concepts. I enjoy the process of experiment and it allows me to learn. I try to develop tools which are operated hand operated as it supports the villagers who can't afford electricity costs. Few of my projects are hydraulic crane, color changing fountain, oil trapping filter, and creating fog in a bottle. Recently I discovered Arduino and sensors like LDR, Air pollution sensor,[1]. I have been spending my time to understand it and come up with new products.

UltraSonic Sensor with Unity
Simulating a situation through the help of a sensor is not kind of difficult, but when you have little information about Arduino and sensors then might yes, it’s kind of difficult because it’s my first time combining Unity with Arduino. As I wanted that my audience can able to play a video game without touching the keyboard. As I know how to make simple games on Unity, I decided to make my own game and then take a sensor and combine its input as a character controller. Ping Pong is one of those classic games which used to play a lot in 90s and we still love to play it. By using Unity, I make a replica of that game with some twist and as an input data I used Ultrasonic sensor. Ultrasonic sensor act like a Bat in the game, by bring the hand closer and further you can change the position of the bat for hitting the ball.

In general terms, lets look at what an ECG is representing and how we’re able to sense it. The ECG is separated into two basic Intervals, the PR Interval and the QT Interval,

The QRS is a complex process that generates the signature “beep” in cardiac monitors. During QRS both ventricles begin to pump.

Connecting Headers to the Board

The example sketch can be found here [3].

Turbidity is the cloudiness or haziness of a fluid caused by large numbers of individual particles that are generally invisible to the naked eye, similar to smoke in air. The measurement of turbidity is a key test of water quality.

int sensorPin = A0; // select the input pin for ldr

int sensorValue = 0; // variable to store the value coming from the sensor

Serial.println(sensorValue); //prints the values coming from the sensor on the screen

Through the help of third party app (D3) and using HTML (Brackets) I try to generate a Line Map of the Data coming through the Sensor. 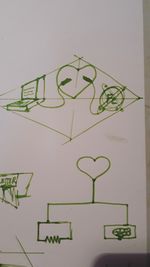 cy·borg, Cyborg is basically half human and half machine. In my perspective its more likeCyborg have a heart of the human and body of machine, which gives felling and creates a boundary between Robotrobot and Cyborg. 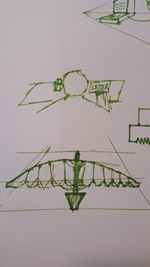 Post-human or Posthuman , are those who reached beyond the humans, now it could be in the sense of knowledge or entity or in different ways. i feel somewhere Leonardo da vinci knowledge is way more advance from the humans in that era, which according to me make him Posthuman

10 years from now, who should a watch look like? Skip is a watch of future. Its works basically on the Split-Screen technology, which given 3 different screens of the watch, through which a person can do multiple things like health Statics information, travelling information, security, hologramic refection, time & date, tagging of your position, GPS and a 360 degree camera.

As we know how rapidly Bangalore developing, people who0 were staying nearby cities start moving toward Bangalore and because of that population of Bangalore increased drastically. Everyone wants to develop, according to a report more than +60lakh of vehicles registered on the road of Bangalore and thus increasing the Temperature and Air Pollution of the city. A report confirms that more than 280 ppm pollution reading in air is drastic for human health[4]. But we still don’t care, here[5] is a live map which record and tell how much air pollution is in Bangalore right now.

A group of people keep eyes on the major part of the city and record the Air pollution and the particles in the air, so that everyone can aware what they inhaling in those areas and what precaution they can take it[6] [7].

The rapid increasing of air pollution, start changing the climate of the city. The report shows that every year +5 degree Celsius increasing. 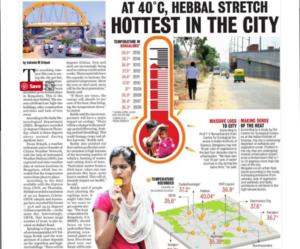 Mapping a given data in visual representation is enhancing its appeal to its audience, but mapping a live streaming data is kind of tough but very helpful. If you ever seen a heartbeat monitoring system its map a live data coming from the patient. I also tried to represent a data through visuals by the help of Arduino and Processing. I wrote a code for potentiometer and send to Arduino and through the help of processing I record the data representation by changing the voltage going inside the potentiometer.

Represent the Data which I collected in the form of visual representation through the help of D3.

Shields [8] are boards that can be plugged on top of the Arduino PCB extending its capabilities. The different shields follow the same philosophy as the original toolkit: they are easy to mount, and cheap to produce.

As we working with Arduino[9] sometimes we have to extend its limit for using more sensor or its capabilities. Shield helps to give that Arduino that boost up; it’s placed upon the Arduino and fits there. I never used Shield before so this is the first time for me to learn how to make a Shield from PCB and place upon the Arduino and add sensors to it.

Gas Sensor[10] are very important sensor in present time. Small like a nose, gas sensors spontaneously react to the gas present, thus keeping the system updated about any alterations that occur in the concentration of molecules at gaseous state. I tried to place Three Gas sensor on the top of the shield and collect the live data coming through these sensor.

This 3D Model is the casing for the Arduino with Gas Sensor. I placed it in the surrounding, for the better understanding, how it going to look in real situation. This model made in Fusion 360[11]. 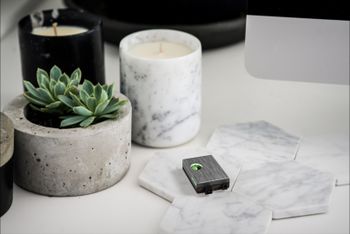 Aquaponic[] 'Aqua' 'Ponic', it’s a merge of two systems, aquaculture (raising fish) and hydroponics (the soil-less growing of plants) that grows fish and plants together in one integrated system. The fish waste provides an organic food source for the growing plants and the plants provide a natural filter for the water the fish live in. The third participants are the microbes (nitrifying bacteria) and composting red worms that thrive in the growing media. They do the job of converting the ammonia from the fish waste first into nitrites, then into nitrates and the solids into vermicompost that that are food for the plants. 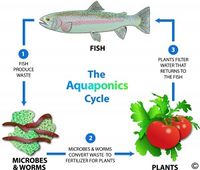 I come up with this concept of smart garden, but later when I discuss my idea about smart garden to my classmates and teacher, they asked me one thing why people need this smart garden, what benefits or in which way they can use it for. These questions kinda stuck in my mind and I start questioning to myself why I need this smart garden and why people take it. As I’m free to use sensor and Arduino, I started searching the sensors related to gardening and what ways I can make a smart garden. There is not much sensor present in market when it comes to Gardening or farming. Humidity sensor, moisture sensor, temperature and few more sensors but hardly any sensor to measure the nitrogen and other gases present in soil and if there are any sensor related to that, they are expensive or hard to build at home. So, I decided to take my idea one step further and build a system which doesn’t need so many sensors and works by itself, while searching related to these kind of system. I come up with hydroponic which mimics the nature and totally rely on itself.

I was planning a system which doesn’t need water supply from outside and if it needs it going to take by itself. The Arduino and the IR sensor come to play a role at this place. Now I tried to ideate the whole system in which I can place the sensors and a aquaponics. So it not takes much space and fit easy on table.

The 3D visualization is just for to see how the product going to look in real life. Its helps to understand the dimension and a better visualization where should it be kept. 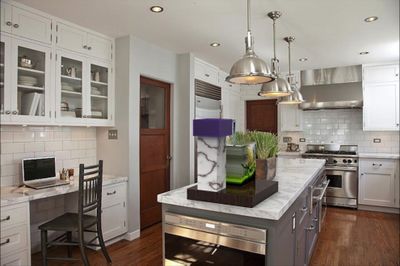 // put your setup code here, to run once: