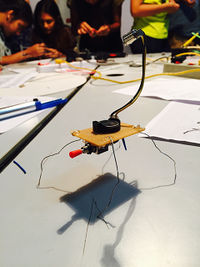 Making a micro robot out of the stuff which i never thought can be used other than their primary purpose. Using a button cell(3V) , conducting wires and a small motor i created a robot which moves in a circle. It was really interesting to work on this micro robot as i have never worked earlier on such kind of stuff. I have never thought that such routine objects can be used to make a micro robot. It developed my interest in the electronics study and it made me open my old physics text books. I was a really cool project to work on.

Reaching the SP road was a challenge as i was going there for the very first time so figuring out the bus route and locate the shop was quite a challenge. I was really excited as we got a huge list of electronic components which we had to buy from the shop known as Vishal Electronics. I was amazed to see the amount of shops all related to components and hardware. It was busy market and moment we reached the shop, I could see the surging crowd at the counter and to get in was a bit tough but i got in. Bought my stuff and looking at all these small components developed my interest a lot now in the electronics as all they were very fascinating. The market was bright as there were a lot of light shops selling some different kinds of lights. What got me so stuck was the colours of the conducting wires, they were so vibrant and were outshining in the market. Overall it was a great experience and really loved the place as it got its own scent.

Mini Project: Making your own battery 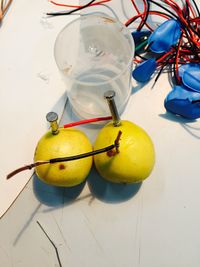 Making battery out of lemons was a good experience. We all have learned in the school that citric acid can conduct electricity, so using that point making a lemon battery was a fun task. I bought few lemons, copper wires an zinc nails for making this lemon battery. After inserting nails into the lemon and i connected them using copper wires and then got my multimeter to check wether the current is flowing or not. I tested the lemon batter and multimeter could read various amount of current conducting by electrolysis inside the lemon. It worked and then i connect few more lemons to produce voltage around (1.5V) to light an LED. But i needed more lemons for that so i dropped that idea. i had fun making a lemon battery. 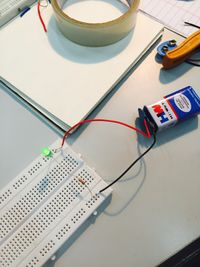 Using resistors in electronic circuits is very important since without it circuit won't last. Fixed resistors are the ones which come with defined value and cannot be changed. Working with it on a breadboard was a good experience since i learned how to connect an LED and a resistor together. Connecting two or more resistors in series also i learned. So overall it was a nice learning session. 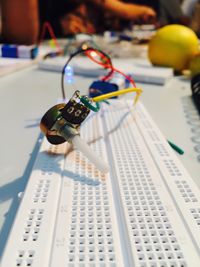 I kept on changing volume on my phone and brightness but never knew that it was a potentiometer behind it which controls it. Potentiometer limits the current and allows the certain amount of current to pass and if you increase it the supply increases and vice versa. Is is smalls but very beneficial since we find it in our routine objects. i had fun lighting an LED using a 10k ohm pot on breadboard. Controlled the brightness of an LED was a good task. I enjoyed working with potentiometer.

Thermistor is a really cool electronic component as when you heat it up by it generated the flow of current and more you heat more current flow and vice versa. So using this in my circuit was a good option as i was able to light an LED using it. It was a total fun as earlier i had never used it so working on it for the first time was quite a good experience. 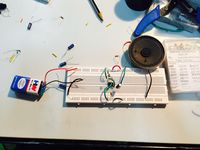 LDR or a light sensor is a really cool sensor as it can control the sound and the brightness of a speaker and an LED connected together in a circuit by the intensity of the light. Making it took time since it was my first time and had to figure out ourselves where to connect what. But in the end i made it and it worked fine and i was happy about it and learned more about circuit connections. Had fun in making now. 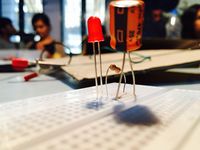 Using capacitors in every electronic circuit is important since they store charge. I make a circuit using a capacitor and connected an LED to check. So when i switch off the battery i could still the lit LED goes off slowly not at an instant like other circuits i.e capacitor stores some charge which it supplies after the circuit is off. So understanding this and implementing it was fun and again yeah it was very helpful for my future electronic circuits. 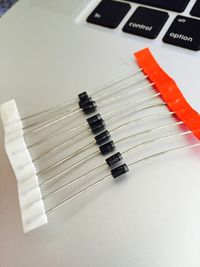 Using diode in my electronic circuit allowed the current to flow in only one direction. Figuring out how to connect was a lil tough but yeah in the end it came out good. 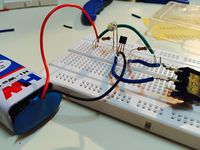 A transistor the most talked about component as it is really beneficial in the circuits. It has three legs as one is emitter base and collector. so making a circuit using a transistor was lot more fun and interesting as this time we had to use resistors and capacitors together with a transistor so making was a bit difficulty. But i did it in the end and it worked completely fine so i was happy about it. 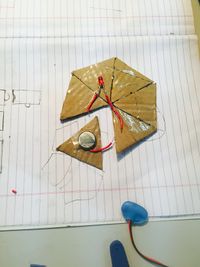 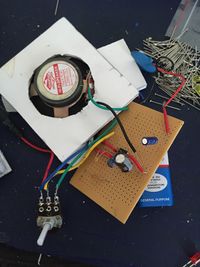 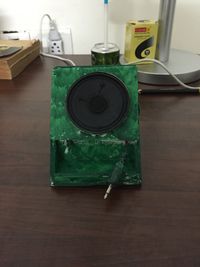 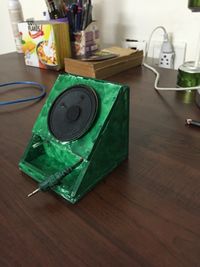 Making a speaker sounds fun but it was not easy. Using almost all the components i had, I soldered them on a PCB acc to their positions and connection. Then made a box for it and painted it. It was a really good task and just loved making one for my own. 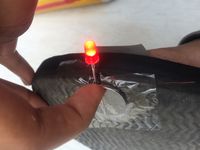 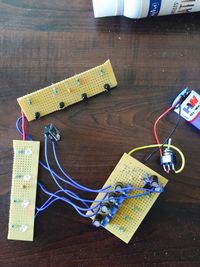 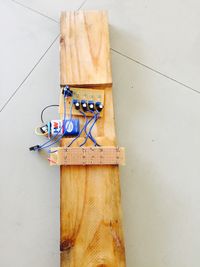 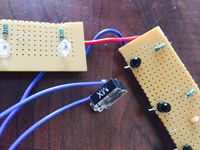 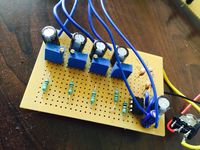 My concept was to turn a log of wood into a musical instrument. So i started it out making a bass guitar using IR LED sensor. I had lots of fun in making thins and yeah learned a lot too. 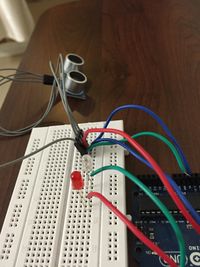 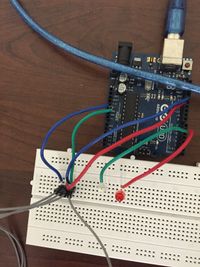 So idea behind this to sense the temperature as the comes closes to ultrasonic sensor and as it goes far the cold LED i.e. Blur glows deepening how far is the object. I Used arduino in this as i need to program the entire circuit. I had a good time in making this sensor. 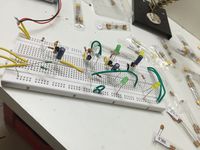 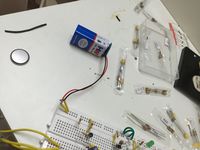 I made this LED which goes on with the beats of the music plugged in using an aux. I used many different fixed resistors and transistors and 9V battery. It took long to make but i was happy with my final thing since it work.