Hi , I am Aman Baath and I am in my second year in Srishti doing a course in ( IADP) Industrial Arts and Design Practices. I have worked with different materials ie. wood, metal, paper, cloth and sun board. I work on making very practical and functional designs and have always wanted to learn how to work with an arduino board and sensors and look forward to integrating these into my products and create something interesting soon.

To understand what resistors are, we must first understand the term “resistance” . which is the property of a metal or any conductor to resist the flow of electricity through them. To control the resistance offered in a circuit, we use resistors, which are made to basically cut down the amount of electricity flowing through a circuit.

Why do we use resistors ?

The basic function of a resistor is to offer resistance to a circuit or reduce current flow. In more complicated circuits, resistors are used to adjust signal levels, to reduce divide voltages, and a lot more.

Symbol for a resistor in a circuit diagram-

The colour bands on a resistor indicate the amount of resistance offered by that resistor, which can be understood better by reading the colour code,

Ohm’s Law The behaviour of an ideal resistor is dedicated by the relationship specified by Ohm’s Law.

The voltage across each resistor connected in series follows different individual rules to that of series current . hence ,

A capacitor is a two terminal electrical component that is used to store charge. The effect of a capacitor is known as capacitance.

symbol of a capacitor- 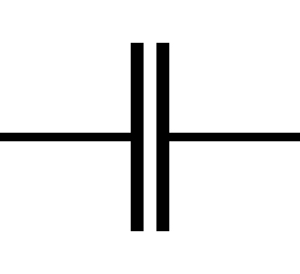 Why do we use capacitors ? As we know capacitors store electric charge, they are mostly used in timer circuits, a capacitor may be used with a resistor to produce a timer. Sometimes capacitors are used to smoothen current in a circuit as they can prevent false triggering and fluctuation in the circuit. Theory of operation Symbol for a capacitor in a circuit diagram-

An arduino is an open source platform which is based on an easy-to-use hardware and software. Arduino boards can read inputs from lights, sensors, buttons and even from the internet, and can perform various outputs such as blinking LED's, sending a text message, or posting something online. Arduino IDE is the software that needs to be downloaded before doing anything with an Arduino, the Arduino programs are based on IDE and uses a variation of C and C++ languages.

A sensor is a device which is used to sense /detect a physical property such as sound ,light ,temperature ,etc. and record, indicate or otherwise respond to it.

Making an LED blink, was the first function that we did with the Arduino, to make this happen we connected the shorter leg of the LED to GND and the longer leg to Digital Pin 13 (output). We used the example code from IDE .We also played around with the delay command and made variations in the blinking of the LED. 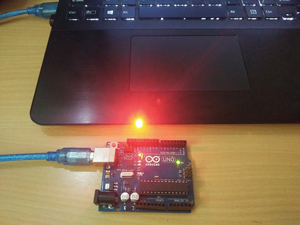 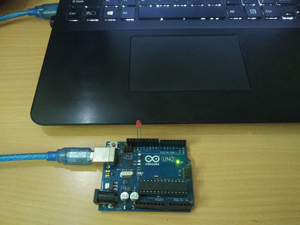 The touch me not monster

To make this little monster we had to put together various components such as the servo motors, an Arduino UNO, IR sensor and batteries (power source). After we figured out the coding and coordination between the two servo motors, which i couldn't help much with as I have not worked with these before. I helped make the form of the monster by extending the arms of the servo motor making the legs and by adding a little roller behind to balance the monster, we also added some colourful thread to make it look appealing. 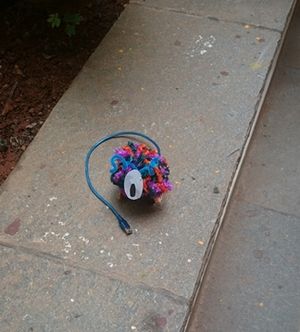 Turbidity is a measurement of how opaque a fluid is ,so more turbid fluids are those which are more opaque, which means there are more particles in the fluid , which would scatter more light. So we were told to make a turbidity sensor using an LDR and a light source. There were quiet a few parameters that we had to keep in mind while making this sensor, which were seeing where to place the LDR and the light source, the width and material of the container, sensitivity of the sensor, etc.

The biggest challenge was to figure out the display for the readings. We used a small 16X2 LCD display to do so. 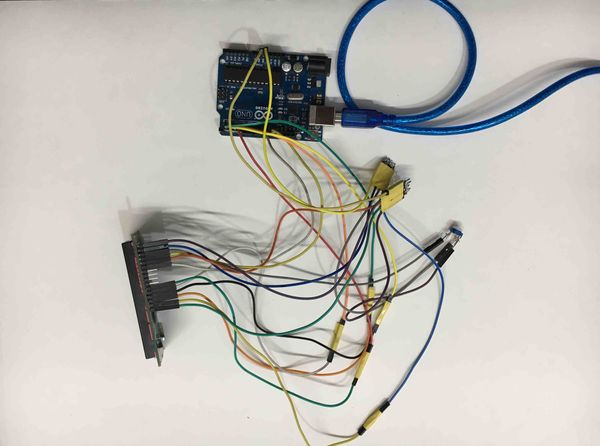 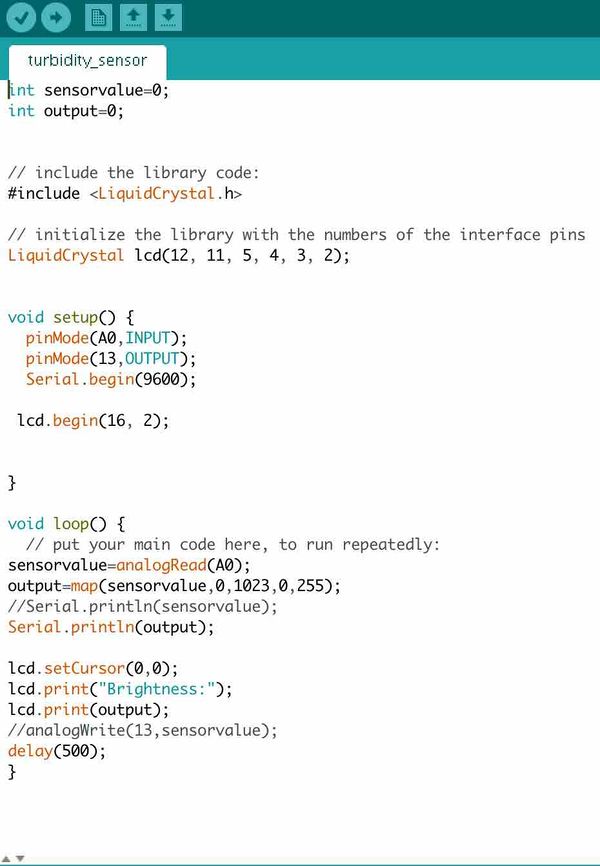 Code that we uploaded onto the Arduino 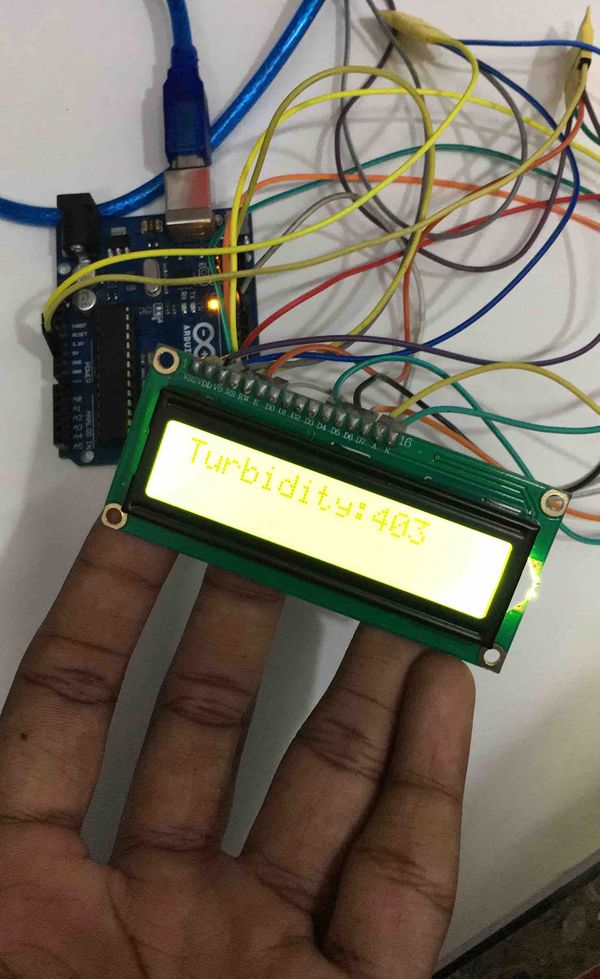 LCD display connected to the Arduino 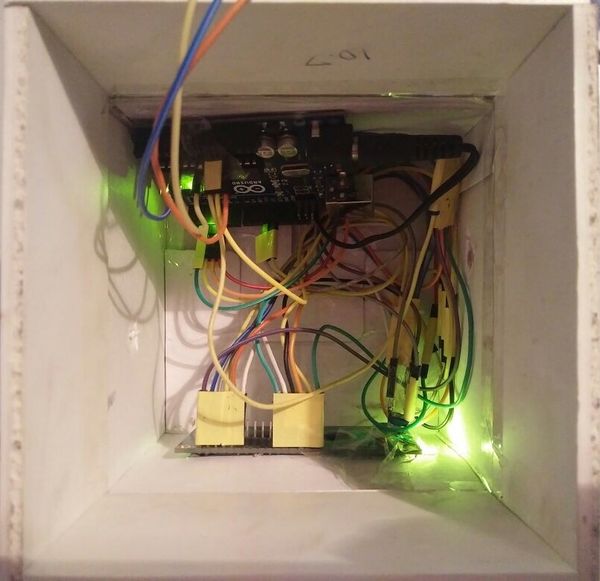 The Arduino, LCD and the wires placed inside a small box 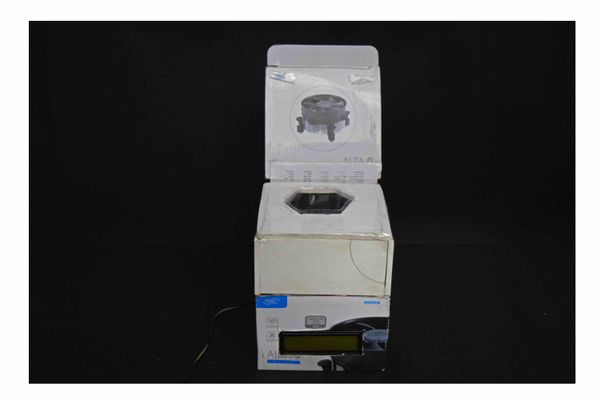 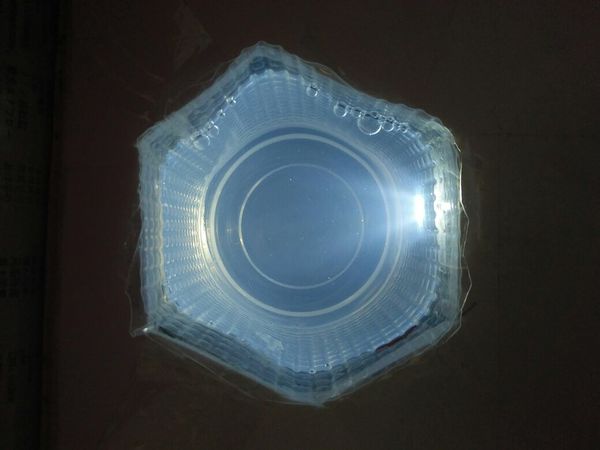 LDR and the light source 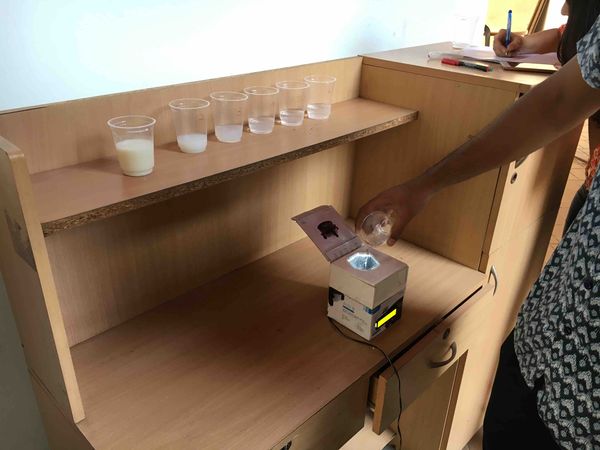 Testing the turbidity of different dilutions of milk 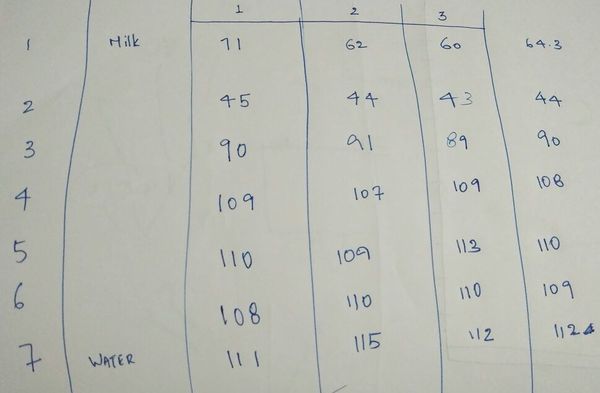 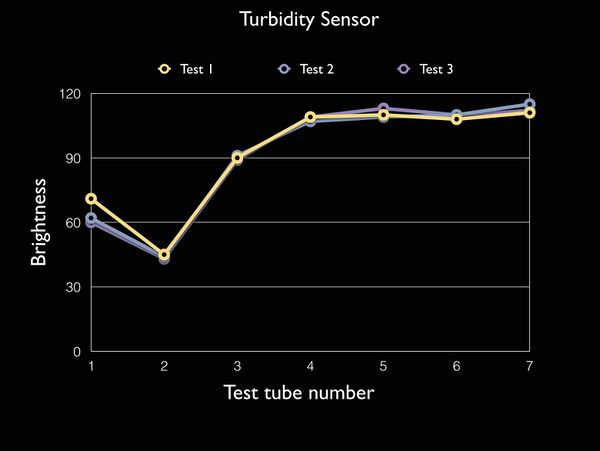 The readings plotted on a graph. 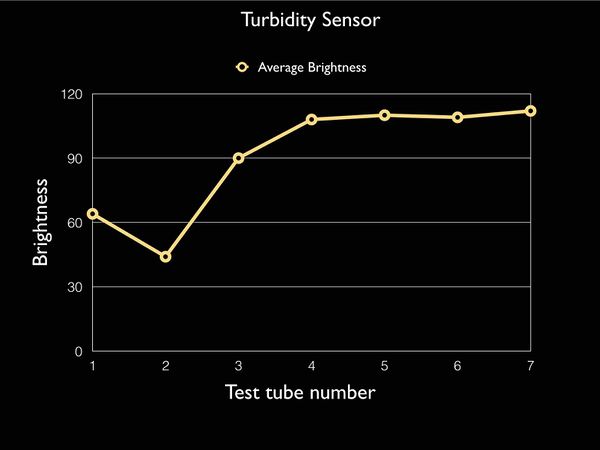 The average reading plotted on a graph.
Retrieved from "https://wiki.artscienceblr.org/wiki/index.php?title=Aman_Baath&oldid=2979"